How Do Restaurants Measure Performance?

Find me on:
LinkedIn 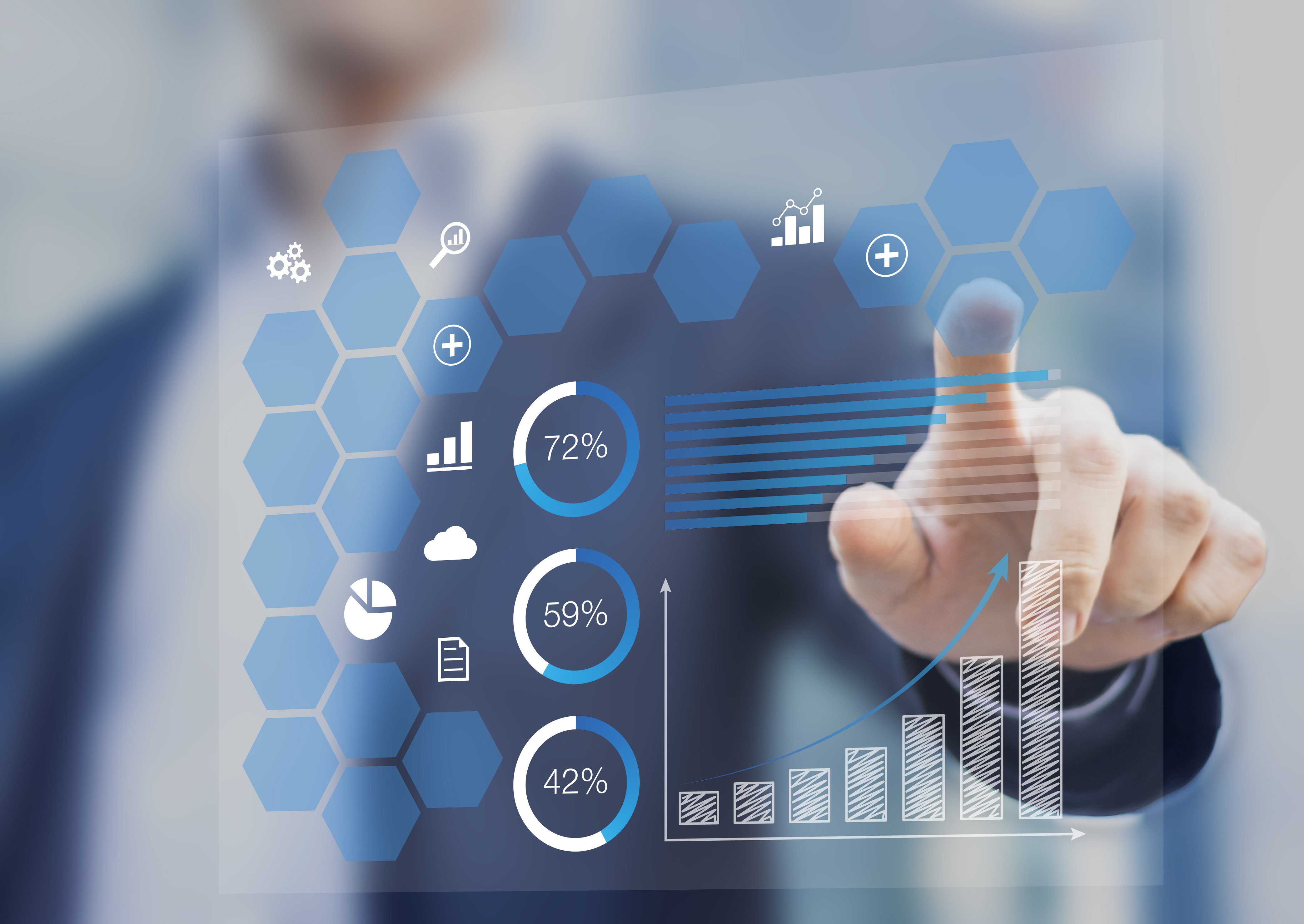 What Is Restaurant Performance?

Restaurant performance is a comparison of how the restaurant is currently doing versus a metric in the past. When measuring performance, you have three approaches to choose from:

First, you can compare to a Budget or Plan or Forecast, or some projection of what you think is possible in the future.  Having a revenue and profit plan is important for several reasons. At a minimum, having a plan lets you evaluate whether your team has a grasp on the drivers of the business. Variances to any plan are expected, but the magnitude of the variance and causes can tell you a lot about how well your management team grasps the fundamentals.

One of the tools you'll want to use when comparing performance to a budget is a fiscal calendar.

What is a Fiscal Calendar?

A Fiscal Calendar is a tool that defines consistent units of time to make comparing current results to previous periods of time easier. I used a Fiscal Calendar for the first time when I started working at Dunkin’ Donuts in the late 70’s.

The regular calendar, the Gregorian Calendar (named after our favorite monks), has 365 days that are grouped into 52 weeks of 7 days each. But, 52 weeks of 7 days is only 364 days, so the problem starts with what do you do with the extra day. That is why we have Leap Year, a year with 365 days to catch up the fractional days of the other three years (plus a correction every 400 years). What a mess!

There are two schools of thought on Fiscal Calendars: the first tries to be consistent with the structure of the Gregorian Calendar by having 12 Periods and 4 Quarters of 13 weeks. This is known as the 4-4-5 (or any permutation) calendar in which each Period can have either 4 or 5 weeks and each quarter has 13 weeks. The second model of Fiscal Calendar tries to create more uniform structure and consists of 13 Periods of 4 weeks each. Every Period has the same number of Saturdays and Wednesdays, such as in this image. 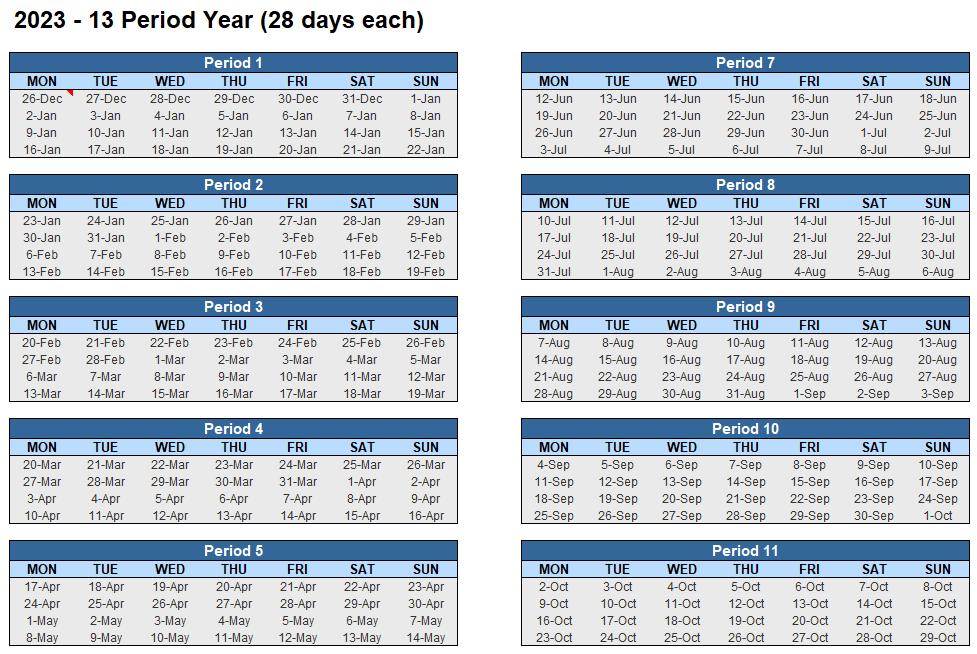 If you don’t use a Fiscal Calendar today, you should give it serious thought to start because it simplifies the challenge of comparing recent events to periods in the past.

Mirus clients have access to both a regular Gregorian and customized Fiscal Calendar in their data warehouse.

Second, you can compare your history against Industry Benchmarks to see how your performance compares to the industry (or subset) trends. Evaluating your performance against industry benchmarks is also important to see if there are any factors outside your operations that could affect you in the future.

For example, you may be unhappy your revenues are down 3%, but if the benchmarks are down 6%, it may be telling you that you are fighting a negative trend that is driven by something outside the execution of your restaurants.

Over the past decade the Mirus Index has been in sync with the larger benchmark measurements. It only includes restaurants that are open each day this year, and the same days from the previous year - something Mirus calls Matching logic. So, if a restaurant was completely shut down yesterday but was open last year, it is not included in the Index.

Finally, you can compare your performance to your own history to see if you are improving or eroding performance in the past. Comparing results to the Same Day Last Year is very common, but companies also compare to Same Day Last Quarter, or Same Day Last Period as well as last year.

To do these historical comparisons executives will usually label each restaurant as Comparable or Non-Comparable. The rational for this designation is that new restaurants have no history to compare to.

Additionally, there is decades of evidence that newly constructed or remodeled restaurants have a ‘halo’ period where customers try out the ‘new place’, and sales are significantly higher than they will be once the restaurant reaches their ‘steady state’. For this reason, restaurants are often categorized as Non-Comparable (mostly new locations) and Comparable (locations opened for more than a year).

The definition of how long a restaurant must be opened before it is considered Comparable is different from company to company. It does not appear to me that one definition is better than another, but for some reason the industry has not adopted a de facto standard. Here are a few of the time requirements I have seen:

There is one observation I will make regarding Comparable stores. Restaurants can close and reopen for many reasons. Some are planned, like a remodel of the building. Others are unplanned, like a kitchen fire. Many times, the closing lasts weeks, or even months, but when the restaurant reopens many companies continue to include them in the Comparable group.

The alternative is to return a location that has been closed for more than a week (to use an example) to the Non-Comparable category until it has once again met the criteria for Comparable (13/18 months).

There are lots of reporting styles restaurant companies use to measure performance, but in all the best reporting systems you will find these three concepts:

In the next segment of this blog series, we will dive into some of the metrics restaurants commonly use to measure performance.