Marketing to the Generations: Do your Strategies Mimic their Personas? 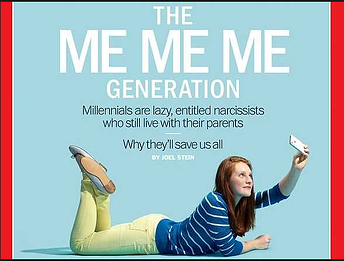 Have you heard the news lately? Apparently Millennials are just terrible (Let me go on the record to say that I resent whoever said that – because I am a Millennial). Millennials, commonly referred to as Generation Y, were born between 1981 and 2000 (33 – 14 years old). They are known as the entitled generation who are lazy and have a poor work ethic. Ouch. Regardless of your opinion of Gen-Y they all have a mouth and a stomach. What’s your approach for getting them into one of your restaurants? Millennials love to eat out but getting our butt into your seat can be rather challenging and the traditional forms of marketing aren’t going to cut it. Ready for some statistics?

Ok good, here’s what you need to know about Millennials:

How do you feel about Millennials now? Point being, if you don’t have a social or mobile strategy in place you better get started on that… right now. I don’t fancy myself to be an expert in B2C marketing but when I read statistics like that it’s easy to tell what restaurant companies should be doing with a large portion of their marketing budget. Millennials don’t care about print publications, paper coupons, radio ads, billboards or bus wraps – they want deals that can be easily found online. Let’s use Dairy Queen as an example. Over 7.6 million likes on Facebook and over 150,000 followers on Twitter.

Scrolling through their feeds on Facebook and Twitter, not only do they post 2-4 times a day they engage with the people who comment/reply to their messages and deals. For a company of their size that is pretty cool.

So. What about the other 79% of consumer spending? We haven’t forgotten about Gen-X and 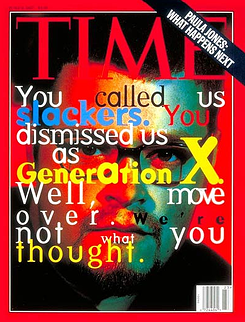 Baby Boomers… Generation X represents the smallest population ratio of the three groups but still makes up roughly 17% of the population. If you were born between 1965 and 1980 you fall in the Gen-X generation (49 – 34 years old). This group, which accounts for the highest usage of smart phones, is the least understood of the big 3 generations. They are mid-career, home owners, family oriented and have kids who range from toddlers to teenagers. Being stuck in between two of the largest generations ever can be tough. None the less, they are still important and need to be considered with a restaurant company’s marketing plan and strategy. Gen-X is an interesting group because they can be swayed by many different forms of marketing. But put this into perspective – Gen-Xers were between the ages of 24 and 49 when Facebook launched in 2004. What is the significance of this? Well, Facebook was for people with a college email address only for almost 4 years. So while the social revolution was forming they couldn’t even be a part of it. I believe this explains why only 66% of the Gen-X generation is on Facebook today. Still, that accounts for roughly 33,660,000 Facebook users – combine that with the Millennials on Facebook you have yourself an audience of 100 million people (about 30% of the entire United States population).

The takeaway here is that your Facebook strategy may or may not appeal to the Gen-Xers. Your ideal offer to them will be something family oriented that will make them want to take their children out to breakfast/lunch/dinner. Even better (for restaurant companies, that is), higher headcount per table = higher guest check averages. This is a good generation to invest marketing dollars in for that reason.

Baby Boomers: All grown up and ready to retire

Did you know Millennials have parents? They’re known as the Baby Boomers. They were born between 1946 and 1964 (68 – 50 years old). Though 77% of Baby Boomers use the Internet, only 44% of them use it for Social Media. They also don’t use the Internet to view videos, either. Only 20% of Baby Boomers account for online video views. Towards the end of their career, on the verge of retirement, and the ability to boast a Senior Citizen’s discount card, Baby Boomers are after value. Coupons are a big deal to the ‘Boomers’ and paper format is your best option. Put that same coupon on a smart phone and you might even get a Millennial to bite, too. Remember those traditional forms of marketing that aren’t going to cut it for Millennials? You need to use those for Baby Boomers.

Time to strategize. Evaluate what you’re currently doing and see if it’s in alignment with the statistics found in this post. This is where leveraging your data can really help you discover trends with what works and what doesn’t for each generation.